Get to Know These Iconic Marble Sculptures 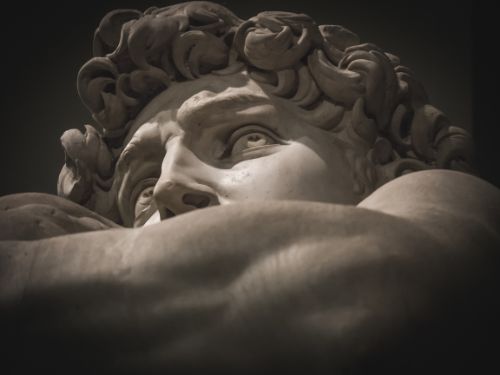 Get to Know These Iconic Marble Sculptures

Marble has been used for centuries to create some of the world’s most iconic and beautiful sculptures and statues. From the Venus de Milo to Michelangelo’s “David”, the warmth and glow of natural marble has been used to tell the story of mankind. It’s the same material that homeowners enjoying using for their floors, fireplaces, and countertops.  Here are a few classic marble sculptures you’ll recognize.

The most famous work of ancient Greece is the Venus de Milo. This sculpture of a life-sized, standing woman is considered by many to be the perfect female form and believed to be the Greek goddess of love – Aphrodite. It was discovered in 1820 on the island of Milos in the ancient city ruins. Rumors abound as to how she lost her arms. It is said that when the statue was moved, it was dropped. When the remaining arm broke off, a worker grabbed it, tucked it under his coat, and ran away.

The Pieta is a grand, life-size sculpture of Mary cradling an adult Jesus in her arms while he lays across her lap. Created by Michelangelo during the Renaissance, it is now housed in Vatican City in St. Peter’s Basilica. Crafted in white Carrara marble, it was intended for a funeral monument for the Cardinal. It took less that two years to carve and the only piece ever signed by the artist.

David is certainly the most iconic creation of Michelangelo. Standing more than 8 feet tall, David is larger than life, with rippling muscles, classic facial features, and curly hair. The statue weighs more than six tons and has been carved from a single block of marble from a quarry in Carrara. It is thought that Michelangelo worked on this sculpture from 1501 to 1504.

The Discobolus features a completely nude discus thrower about to release his disc. This Greek sculpture was completed sometime around 460–450 BC and designed to capture harmony, movement, and balance, also known as “rhythmos”. Myron was one of the first sculptors to master this style; formerly, statues were in stiff and emotionless poses. Today, the Discobolus’ pose is said to be unnatural and an inefficient and uncomfortable way to throw.

Laocoon and His Sons

Laocoon and His Sons is a famous ancient, life-sized sculpture depicting a naked man and his two young sons fighting a large serpent. Evacuated in Rome in 1506, it was placed in the Vatican for public display. Unfortunately, the sculpture is missing several pieces and has gone through many restorations both recently and in ancient times.

Marble sculptures, whether life-size or very small, are a classic edition to any home. And marble statues can demand a very high price; during an estate liquidation, they can claim a considerable sum. If you own marble sculpture pieces and you are considering selling, please contact us today! Showplace Estate Buyers is more than happy to value your sculptures and our consultation services are free.